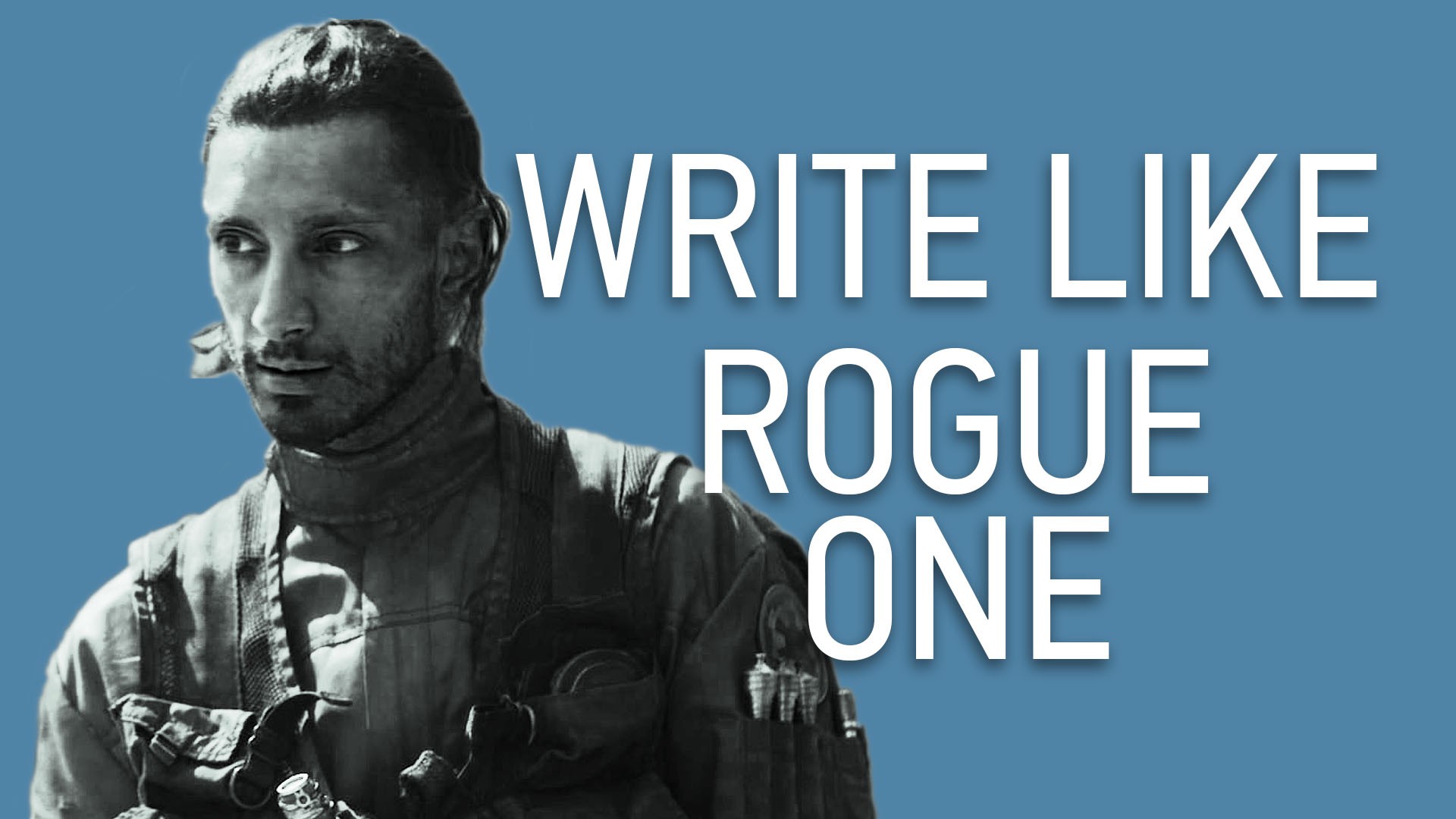 As I'm sure many of you know, there's a new movie opening up this weekend that's not called "Ferdinand". Yes, I'm referring to "The Last Jedi", which is Episode 8/VIII in the main Star Wars line of movies. It's kind of a big deal and I probably don't have to explain what it is.

In celebration of what is sure to be a giant, huge huge movie that a looooot of people have been waiting for, I thought we would create a Write Like lesson that takes a look at the last Star Wars movie to come out - 2016's "Rogue One: a Star Wars Story". "Rogue One" is very interesting because it's the first Star Wars film to branch off from the main storyline (not counting the Christmas Special, of course). It was a prequel/sequel that set up part of Episode 4 and had a completely different look and feel to it than any other Star Wars movie, including 2015's "The Force Awakens".

Fans flipped for it and it's easy to see why - it truly feels like a modern war movie set in a science fiction universe. It covered new territory and expanded what a Star Wars movie could be. And the great thing is - there are a LOT of lessons to learn from "Rogue One" when it comes to how it was written.

So today, we look at a character from "Rogue One" and see how their mind is impacted by certain events and how that messes things up later on.

Watch this Write Like Rogue One video by clicking here!

And if you like that, just wait - "Rogue One" will be the next Write Like screenwriting course! Yup, you saw it here first! The launch date is still up in the air but keep visiting this site (or follow me on Twitter @ryanestabrooks) to find out soon.

We frequently post cool, free videos to help with your writing. If you love breaking down movies as much as we do, you're at the right place.